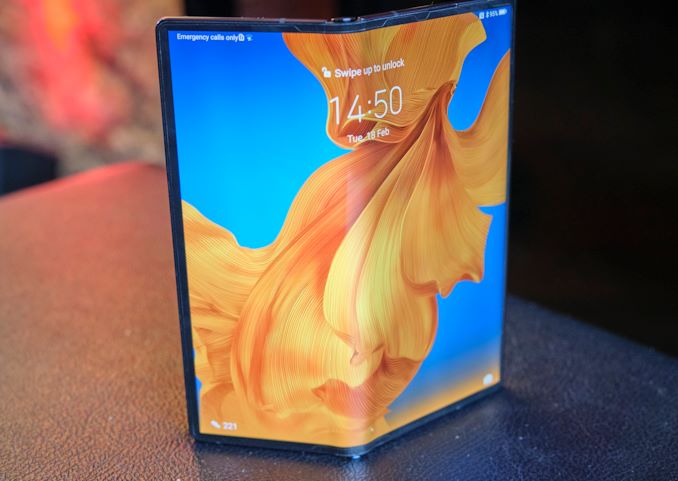 Today Huawei is announcing the successor of one of 2019’s most talked about devices: the new Mate Xs. The successor to the Mate X refines the design of the predecessor, introducing a new more durable hinge as well as a new display protection material, as well as updating the internals of the phone to include the newer generation Kirin 990 5G SoC. 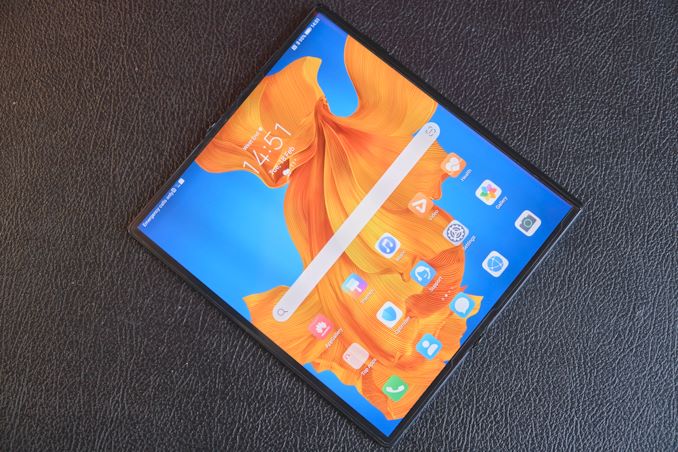 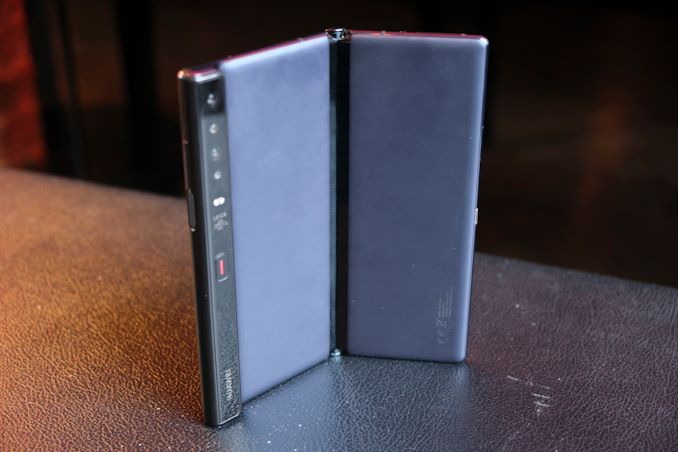 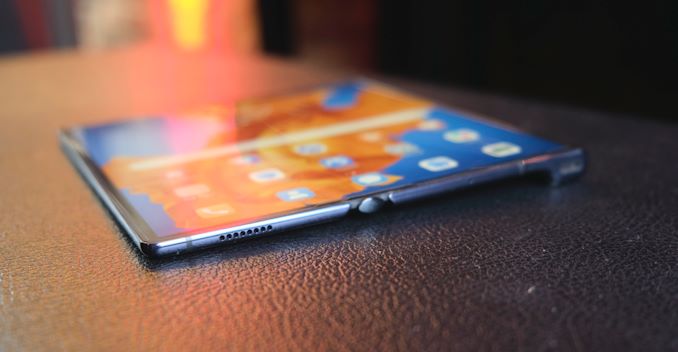 The Mate X last year made a big splash with its unique new foldable design, and was able to steal a lot of the thunder from the competition such as Samsung’s Galaxy Fold. Although the original Mate X was extremely interesting, it’s wasn’t quite the most perfected design as the outwards folding screen was a critical weak point of the phone.

The new Mate Xs introduces a new hinge design that greatly improves the robustness of the flexible display, allowing for a much “flatter” and crease-less device experience, all whilst improving the screen’s durability thanks to a new polymide top protection layer.

Internally, the new Mate Xs sees a large upgrade in specifications thanks to the new Kirin 990 5G chipset. It’s to be noted that not only does this bring more CPU and GPU power compared to its predecessor Kirin 980 chipset, but this means that the new Mate Xs ditches the discrete 5G modem chip in favour of the integrated unit found in the new 5G SoC, a feature that only Huawei is able to claim possible in 2020 flagship models.

We don’t yet have confirmation on other configuration options such as RAM and storage, but likely they’ll be extremely high, much like the Mate X’s 8GB/512GB configurations last year.

As for other specifications, the Mate Xs more or less is a continuation of what we’ve seen in the Mate X. The battery capacity remains at a similar 4500mAh figure, split between two battery cells on both halves of the phone. 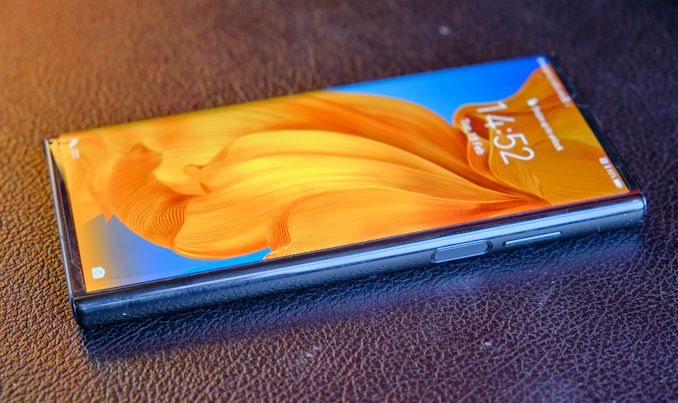 The camera configuration also remains the same, and we see a 40MP RYYB f/1.8 sensor as the main unit, accompanied by a 8MP 3x telephoto module with f/2.4 optics and OIS, as well as a 16MP ultra-wide-angle f/2.2 camera module.

Along with the chipset upgrade, the main feature of the new Mate Xs is the new hinge design.

One of the larger issues with the Mate X last year is that it showcased quite a prominent crease in the fold of the display, and this was quite noticeable in the display when the device was completely unfolded.

Externally, this is visible through a new cover piece at the sides of the hinge which now better cover the internals (In comparison with the original Mate X’s design), and should help with avoiding getting particulates inside of the hinge mechanism. 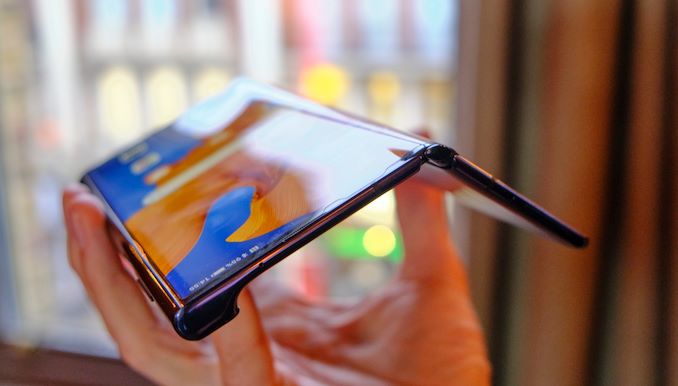 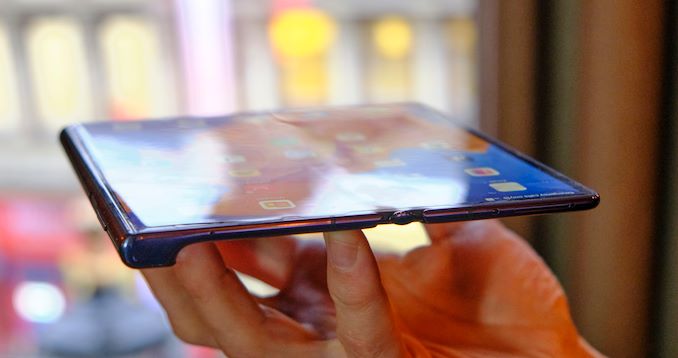 What this does is that when unfolded, the display remains significantly smoother and flatter compared to the original Mate X which had the tendency for the screen to slightly curl upwards at the fold.

The new Xs introduces a new polymide screen material, which Huawei describes as being harder at the surface yet softer in terms of its flexibility. Whilst I never had the opportunity to hold the original Mate X, my experience with the Mate Xs seemed to be a lot better than what other people had experienced on the original, with the display being significantly flatter and harder throughout the screen surface, not only at the fold. 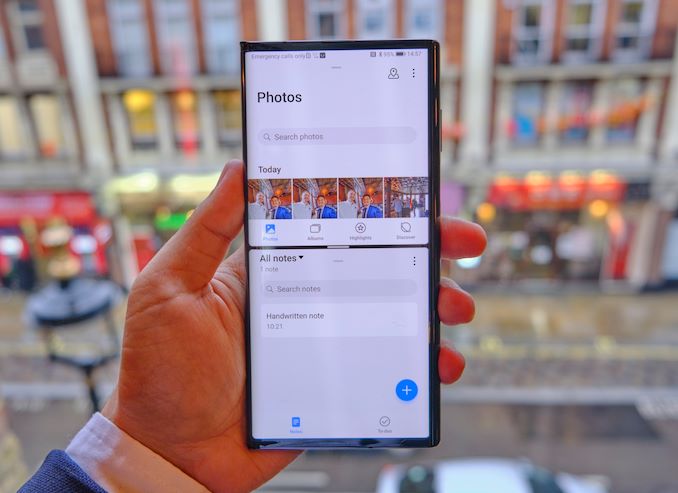 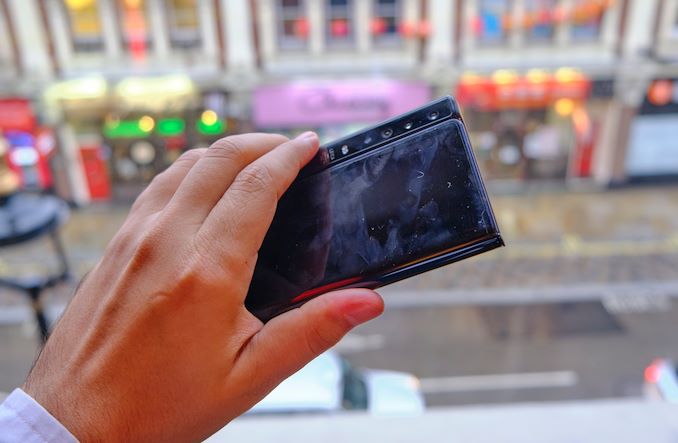 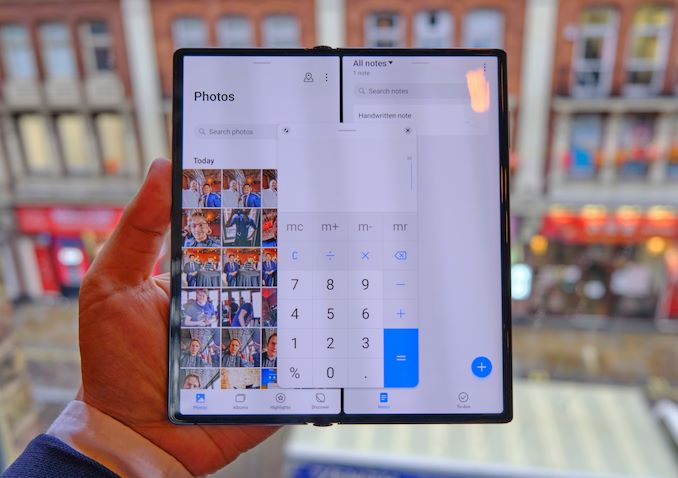 Where Huawei had also made huge strides in terms of improving the experience is software. The new Mate Xs integrates some of the new features that better enable use of multiple simultaneous applications, making use of the very large screen estate that form-factors such as the Mate Xs offer; for example it’s now possible to have two side-by-side applications open, as well as a third floating app. Huawei is also working closely with developers in providing a new API that allows a single application to have split activities on the same screen – essentially a new navigation method where an app activity isn’t opened on top of the previous one, but alongside it. It worked fantastically, but it does require developer enablement in apps for it to work.

Overall, my first impressions of the new Mate Xs is that it’s a straightforward refresh of the first generation we’ve seen last year. Huawei did try to address some of the main weaknesses of the Mate X in reinforcing the hinge design and employing a new screen material, but at the end of the day it’s still a plastic screen that folds outwards, making it significantly more prone to damage than other inwards folding designs.

Last year the Mate X saw limited launches outside of China. Huawei explains that the device launched in 5G markets only, and that even these launches were limited simply because most of the supply was eaten up by internal demand in the Chinese market. Huawei hopes the Mate Xs will see wider adoption.

Pricing falls in at 2499€ and starts shipping globally in March.